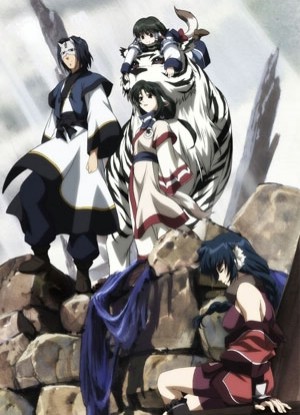 Plot Summary: An injured man named Hakuoro is found unconscious in the forest by Eruruu, grand daughter of the local healer Tuskuru. He awakens to find a mask attached to his face and that he lacks any memories of his past. He quickly rises in importance because he is seen as a natural leader who helps those in need.   Hakuoro has lost his memory after succumbing to serious injuries; but thanks to a elderly woman and her granddaughter Eruruu, he is nursed back to health. His face is covered by a strange irremovable mask and he occasionally sees beastly visions. Eruruu now cares for him as he becomes accustomed to the village and its inhabitants who all bear strange ears (the women have tails too). Though these people venerate the forces of nature, desecration of an alter forces them to take drastic measures to preserve their lives from the wrath of Mutikapa-sama, guardian of the forest.