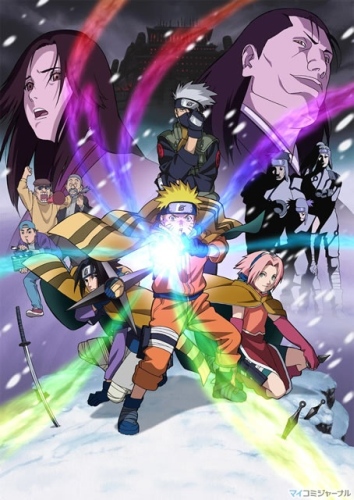 Plot Summary: After a rousing game of hide-n-seek with Konohamaru, Naruto and the gang are on the next big mission. Their task is to escort the beautiful actress Fujimi Yukihime to a far off mountain where the sequel to last summer's mega box office smash hit movie is being filmed. Upon their arrival, ghosts show up and try to scare everyone anyway from the movie set. Everyone is confused why they would want the movie to stop being made; so Naruto and the gang vow to find out who is behind the scarings and capture them.

Other name: Naruto the Movie: Ninja Clash in the Land of Snow, 劇場版 NARUTO 大活劇！雪姫忍法帖だってばよ!!