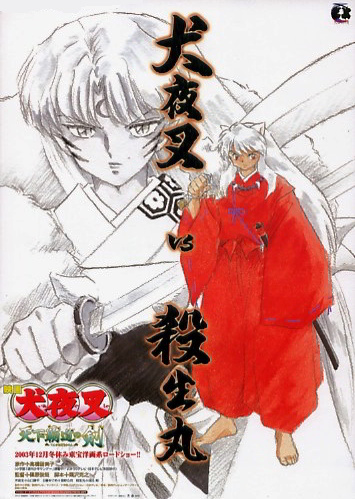 Plot Summary: Many years ago, Inuyasha's father, the Great Dog Demon, wielded the Three Swords of the Fang. Upon his death he bequeathed a sword to each of his sons, Inuyasha and his rival brother, Sesshomaru. He locked the third sword, the wrath-filled Sounga, away forever. Now, 700 years later, the Sounga's tremendous power has been awakened and the two brothers must set aside their differences and join forces in an unlikely and uneasy alliance to battle a force that spells doom for all mankind.